HTC One Android 4.2.2 update rolls out across Europe

Android 4.2.2 Jelly Bean update has reportedly started to roll out across Europe for HTC One 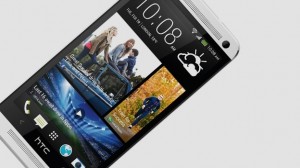 According to HTC Source, HTC One owners across northern Europe will now be able to download the Android 4.2.2 update.

Additionally users can now remove all the icons from the dock, long press the home button to double up as a menu button, and operate Android native EQS.

The update has rolled out across Russia, Denmark, Georgia, Norway, Sweden, Romania, Serbia, UK and Finland, according to claims reported by HTC Source.

Android 4.2.2 update was first spotted in Taiwan a few days ago as a 417 MB download followed by a small 1.48 MB update.

HTC One users can check for the update manually through Settings > About > Software updates > Check now.

HTC unveiled the HTC One earlier this year as the company’s new flagship phone, shipping with Android 4.1.2 and following up the HTC One X and HTC One X+.

See T3’s review of the HTC One here.