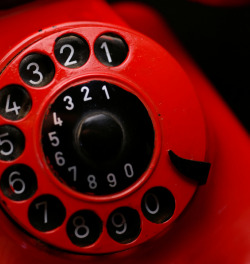 Freephone numbers are to become free of charge from mobiles under an overhaul designed to clarify telephone call charges and dialling codes, the regulator, Ofcom, has confirmed.

The telecoms watchdog said that from June 2015, “freephone will mean free” for 0800, 0808 and 116 numbers – which at present are free only when used in a landline, and which cost mobile phone users between 14p and 40p a minute.

Ofcom also announced measures to tackle “consumer confusion” over how much it costs to call companies and organisations such as government agencies and charities on non-geographic numbers – those beginning with 08, 09 and 118. Unless using a BT line, callers are not informed about how much these numbers cost.

But Ofcom’s new rules will mean they have to be broken down into access charges, to be made clear by phone companies, and service charges that must be specified by the organisation being contacted.

This will mark an end to warnings on adverts saying “calls may vary from other landlines and calls from mobiles may cost considerably more”.

Ed Richards, chief executive of Ofcom, said: “These changes will be the biggest for UK telephone customers in more than a decade. We expect them to restore people’s confidence in using phone services, and to increase competition.”

The new rule will mean 0845 will work like any other 084, 087 or 09 number, with the call cost broken down into access and service charges.

The rules will not come into effect until 26 June 2015 to allow companies and service providers to make the changes. A nationwide communications campaign will begin next year to explain the call charge changes.