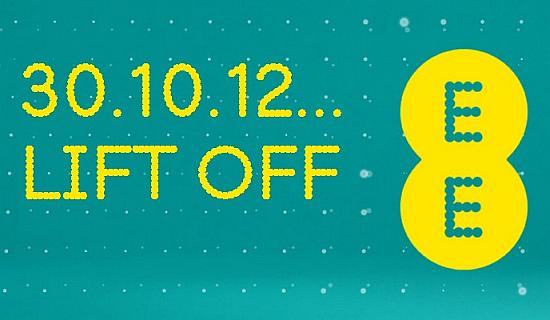 By making the service available now, EE – which owns Orange and T-Mobile – is trying to steal a march on rivals which will not launch 4G networks until next year. Its service is available on the Apple iPhone 5 and some HTC, Samsung, Nokia and Huawei devices.

For early-adopters who ignored warnings that EE has launched 4G before its broadband network is sufficiently developed (it is available in only 11 cities so far), the company is trying to make their experiences as pain-free as possible.

The service, which promises internet downloads of music and video up to five times faster than 3G, is being offered alongside a fiber-optic broadband package and promises to transform the use of video on mobile handsets. Downloading a feature-length movie could take as little as three minutes on a 4G phone.

The EE website offers a “check your coverage” facility, whereby customers can input their postcode into a search engine to access a map on which various shades of turquoise denote the strength of the local 4G signal.

In Greater London, the map has a reassuring oceanographic hue of emeralds and aquamarines, and only flecks of white to show absence of coverage. But in Southampton, EE can offer only a limited signal that does not reach outlying areas such as Fawley and Romsey, less than 10 miles away. When 4G fails, users are directed to a 3G network.

EE insists its 4G coverage will expand quickly in coming months as more transmitters are switched to the new network. The group has spent £1.5bn bringing 4G to London, Manchester, Bristol, Birmingham, Cardiff, Leeds, Edinburgh, Liverpool, Sheffield, Southampton and Glasgow. Belfast, Derby, Newcastle, Hull and Nottingham will follow by the end of the year.

EE is charging 4G customers according to how much data they consume, with packages starting at £36 a month for 500 megabytes (MB), rising to £56 for eight gigabytes (GB). But there has been criticism of its price plans. The cheapest tariff’s 500MB of downloads a month is equivalent to two one-hour programs on the BBC iPlayer. Customers who want more than their 500MB allowance must pay extra, with a user looking to download eight one-hour shows a month facing estimated charges of up to £180 a year.

Ofcom, the media regulator, has let EE re-use its existing radio spectrum for a 4G network, frustrating rivals who must compete in an auction for new air space next year. Further controversy has centred on the estimated £4bn the Treasury will rake in from that auction. The BBC science expert Prof Brian Cox is backing the Campaign for Science and Engineering, which wants the money invested in research. “From training new science and maths teachers, to creating new funds to help innovative businesses, £4bn could revolutionise the UK,” it said.

The first day of 4G sales at EE’s Oxford Street store proved to be a muted affair with only a smattering of customers interested in the phone company’s premium service. Those who had visited the shop specifically to sign up to 4G cited its signal strength and speed.

Omar Ghamrawy, from east London, said: “The benefit of 4G is it’s five times faster, that’s what they said. I just got the iPhone 5 yesterday so I thought there’s no use in getting it without getting the 4G Sim card. I don’t go outside central London so I’m not concerned about poor signal. It’s only £26 a month if you’re paying monthly, and £21 if it’s a 12-month contract.”

Another customer questioned the benefit of signing up to the network. “The whole point of having 4G is that you have unlimited amounts of data at your fingertips, but if you’re limited [in data by your tariff] then there’s no point, ” he said.